Paramount Home Entertainment has announced the date and released artwork for the sci-fi drama, Annihilation starring Natalie Portman, Oscar Isaac, Jennifer Jason Leigh and Tessa Thompson. Click on the link below or image to the left to check out the features and artwork.

Paramount has announced a May 29, 2018 release date for Annihilation. The 4K UHD and Blu-ray will come with a Dolby Atmos track while the DVD will have the usual Dolby Digital 5.1 audio mix.

Note: The 4K UHD will be a Best Buy exclusive release.

Synopsis: Biologist and former soldier Lena (Natalie Portman) is shocked when her missing husband (Oscar Isaac) comes home near death from a top-secret mission into The Shimmer, a mysterious quarantine zone no one has ever returned from. Now, Lena and her elite team must enter a beautiful, deadly world of mutated landscapes and creatures, to discover how to stop the growing phenomenon that threatens all life on Earth. 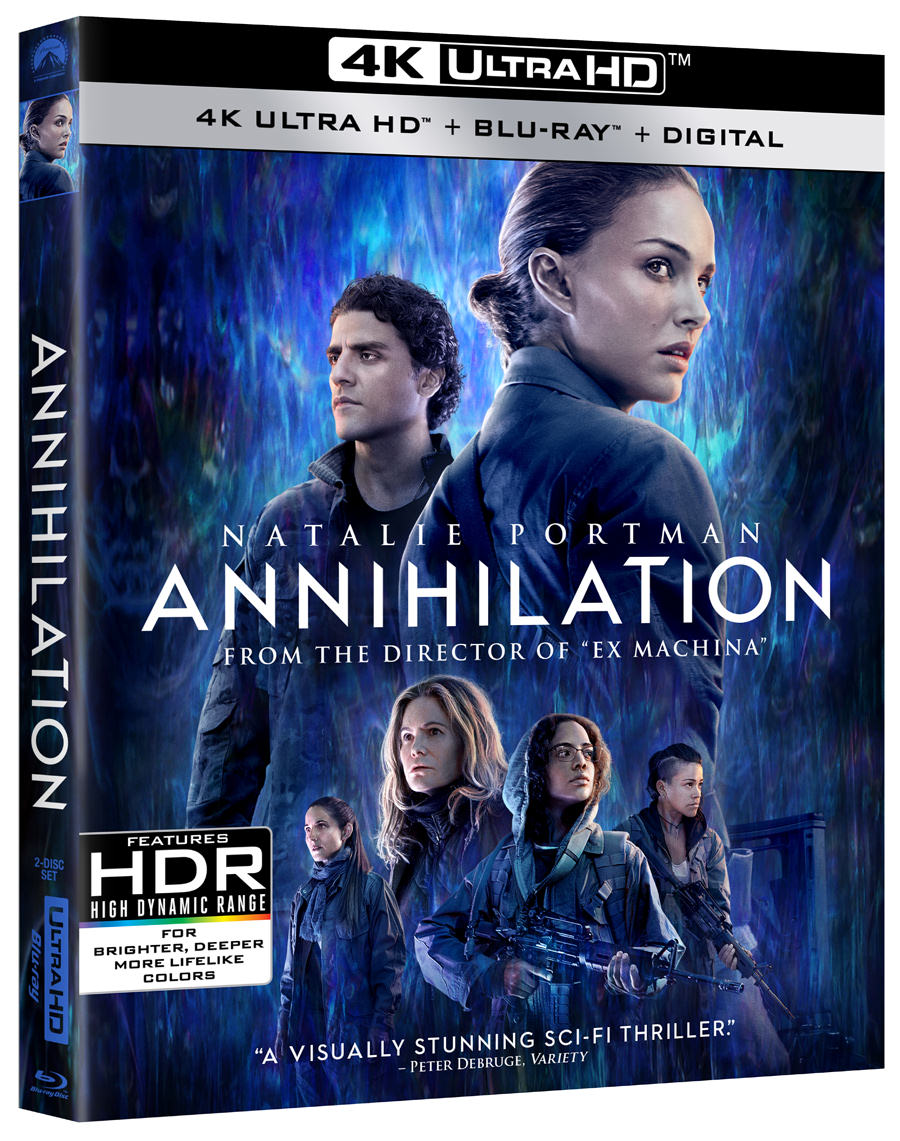 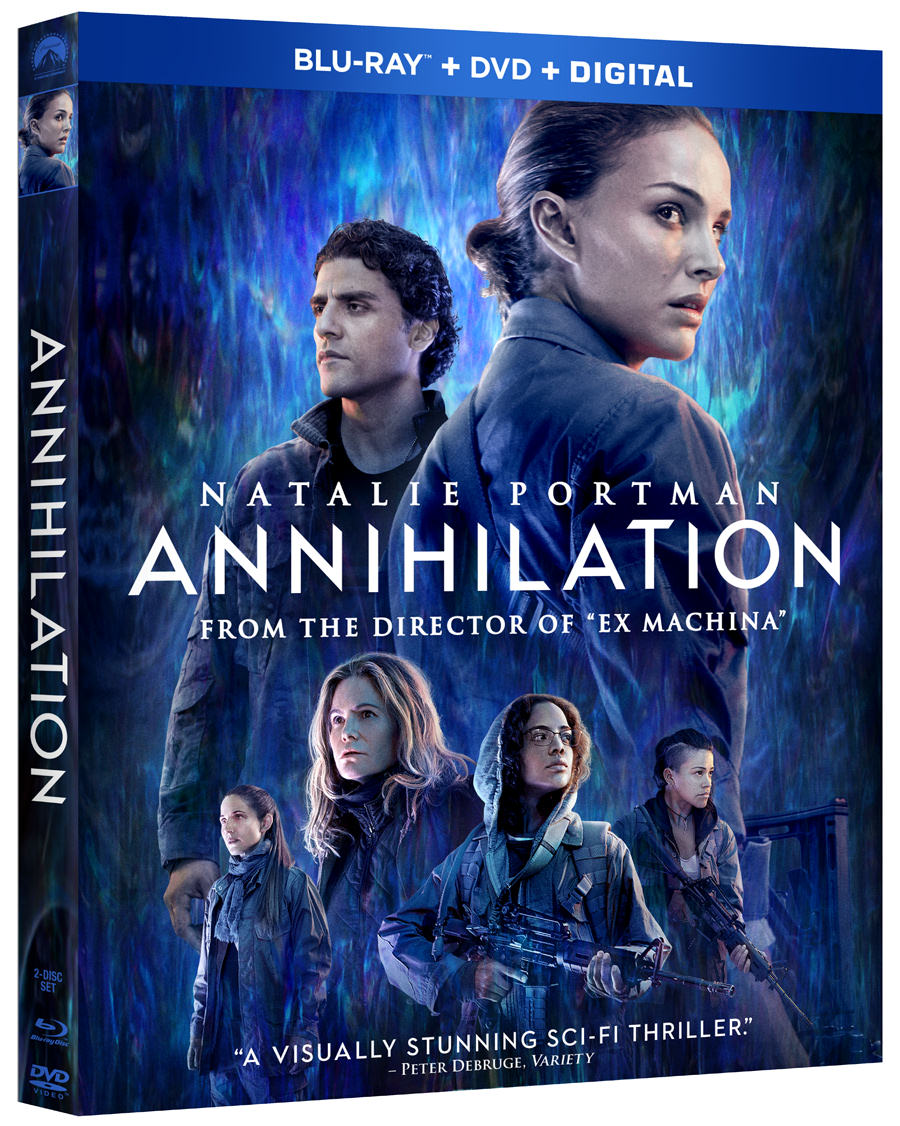 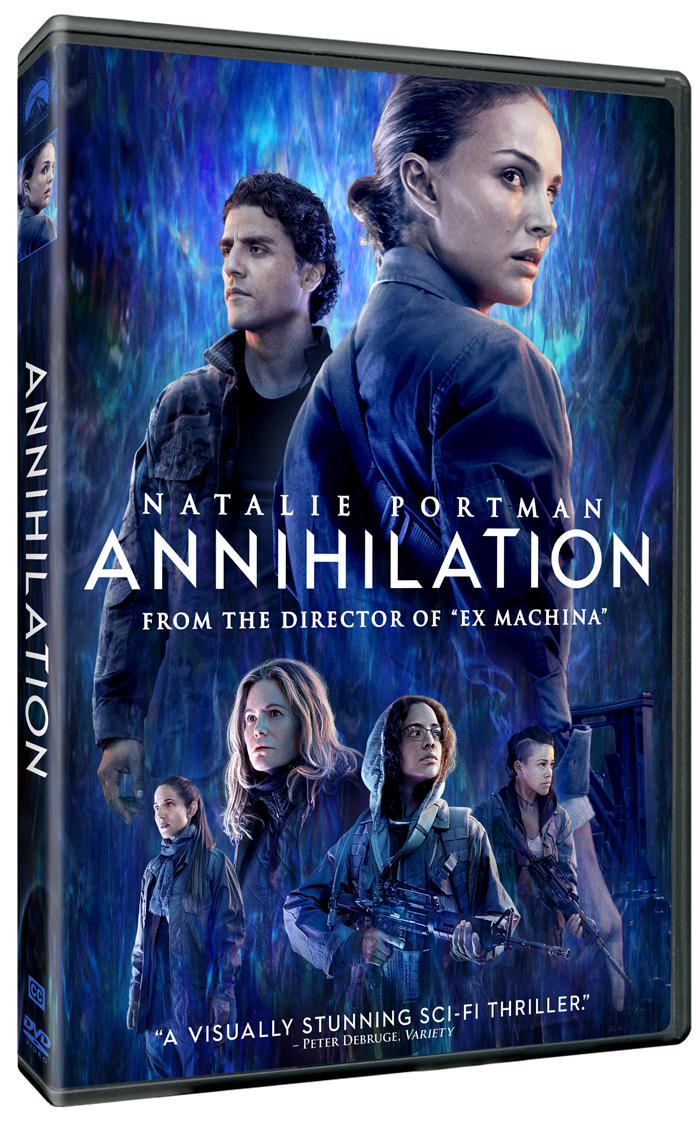