Universal Studios Home Entertainment has announced the date and released artwork for the suspense-drama, Molly’s Game starring Jessica Chastain, Idris Elba and Kevin Costner. Click on the link below or image to the left to check out the features and artwork.

Universal Pictures Home Entertainment has announced an April 10, 2018 release date for Molly’s Game. The Blu-ray will come with a 7.1 DTS-HD Master Audio track while the DVD will have the usual Dolby Digital 5.1 audio mix.

Synopsis: Written and directed by Academy Award ® winner Aaron Sorkin, Molly’s Game is based on the true story of Molly Bloom, an Olympic-class skier who ran the world’s most exclusive high-stakes poker game for a decade before becoming a target of the FBI. Her players included Hollywood royalty, sports stars, business titans and, unbeknownst to her, the Russian mob. Her only ally was criminal defense lawyer Charlie Jaffey
(Idris Elba), who learned that there was much more to Molly than the tabloids led us to believe.

BONUS FEATURE on BLU-RAY and DVD 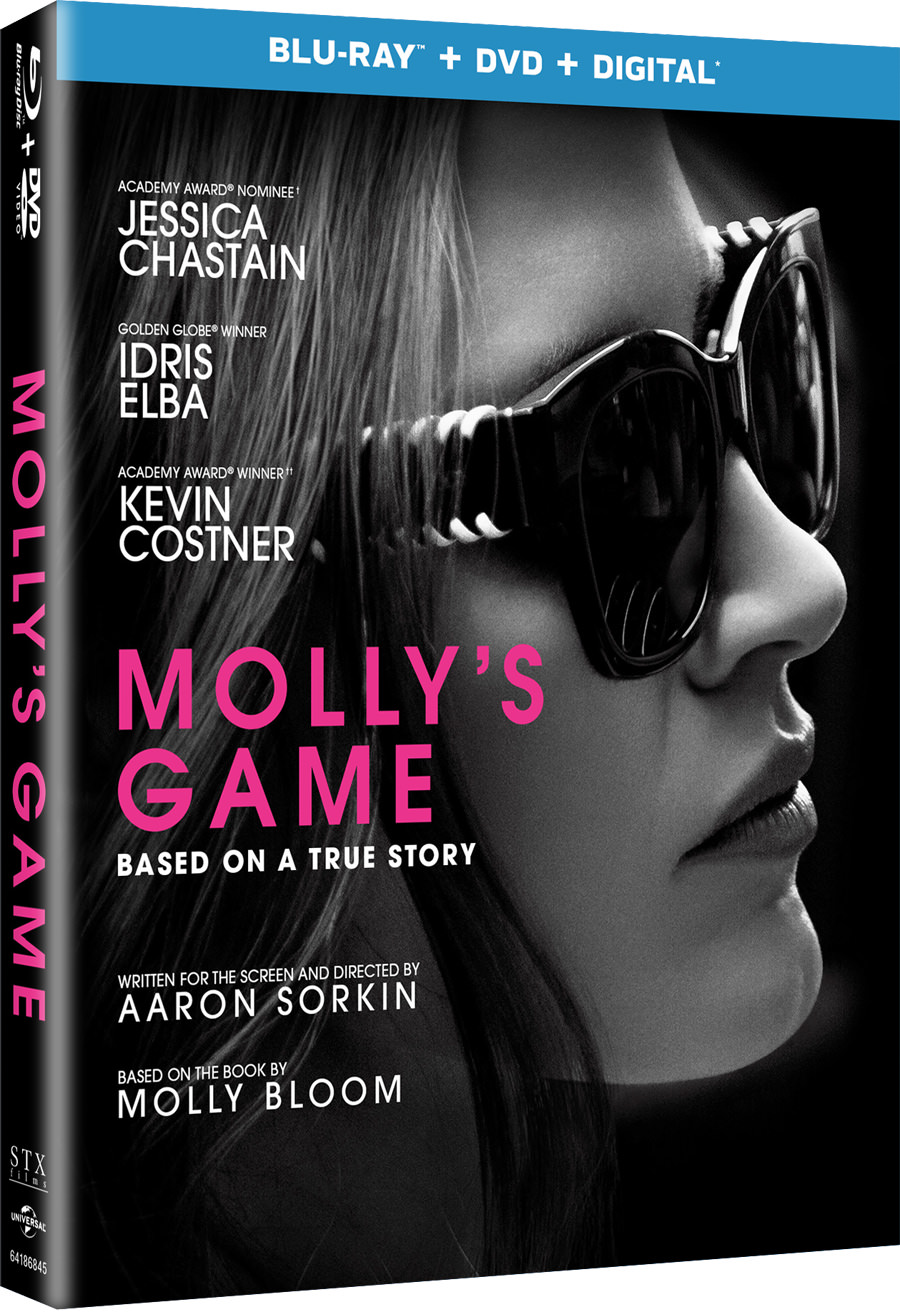 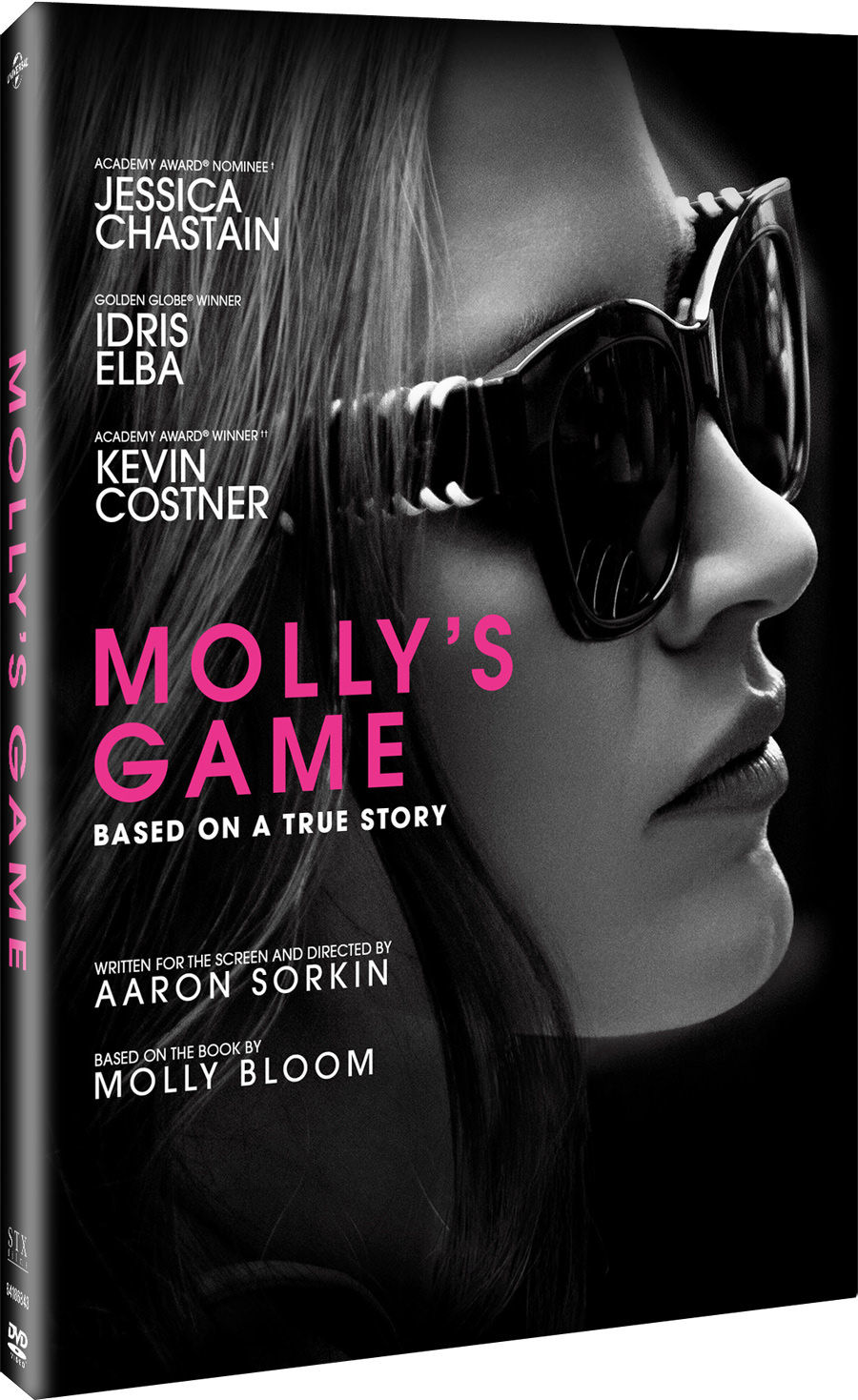