Warner Brothers Home Entertainment has announced the date and released artwork for the sci-fi actioner, The Matrix starring Keanu Reeves, Laurence Fishburne and Carrie-Anne Moss. Click on the link below or image to the left to check out the features and artwork.

Warner Bros. Home Entertainment has announced a May 22, 2018 release date for The Matrix. The 4K Ultra HD and Blu-ray discs will come with a Dolby Atmos track and the Blu-ray has also been remaster from the 4K scan supervised by director of photography, Bill Pope. 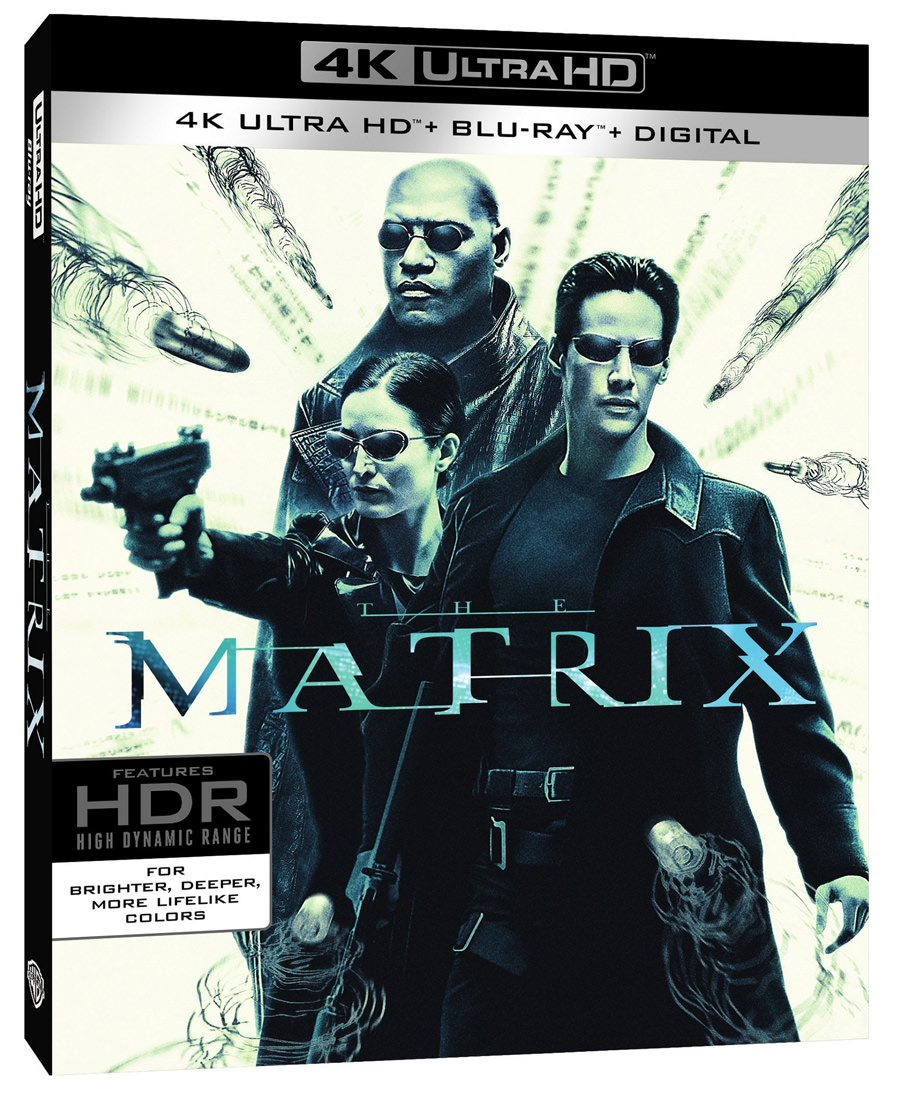