Lionsgate Home Entertainment has announced the date and released artwork for the 4K debut of Escape Plan starring Sylvester Stallone, Arnold Schwarzenegger, Vincent D’Onofrio and Amy Ryan. Click on the link below or image to the left to check out the features and artwork.

Lionsgate Home Entertainment has announced a June 5, 2018 release date for Escape Plan on 4K, will come with a Dolby Atmos track and retail for $22.99.

Synopsis: One of the world’s foremost authorities on structural security agrees to take on one last job: breaking out of an ultra-secret, high-tech facility called “The Tomb.” Deceived and wrongfully imprisoned, Ray Breslin (Sylvester Stallone) must recruit fellow inmate Emil Rottmayer (Arnold Schwarzenegger) to help devise a daring, nearly impossible plan to escape from the most protected and fortified prison ever built. 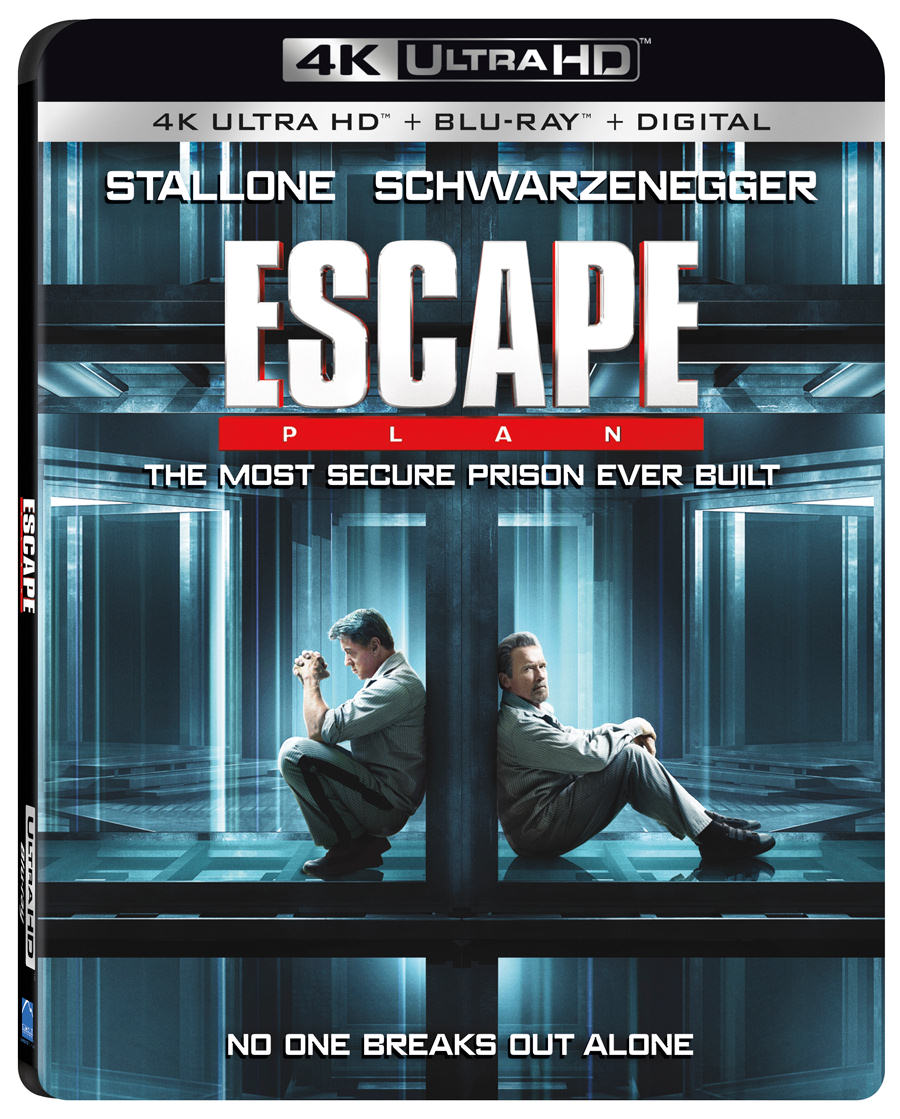