Paramount Home Entertainment has announced the date and released artwork for the drama, Braveheart starring Mel Gibson, Catherine McCormack and Brendan Gleeson. Click on the link below or image to the left to check out the features and artwork.

Paramount Home Entertainment has announced a May 15, 2018 release date for Braveheart. The 4K Ultra HD release will come with a Dolby TrueHD 5.1 track.

Synopsis: BRAVEHEART, the richly detailed saga of power, passion, and the fight for freedom boasts Mel Gibson as William Wallace, a bold Scotsman who rallies his countrymen to liberation from oppressive English rule.BRAVEHEART is the winner of five Academy Awards*, including Best Picture. 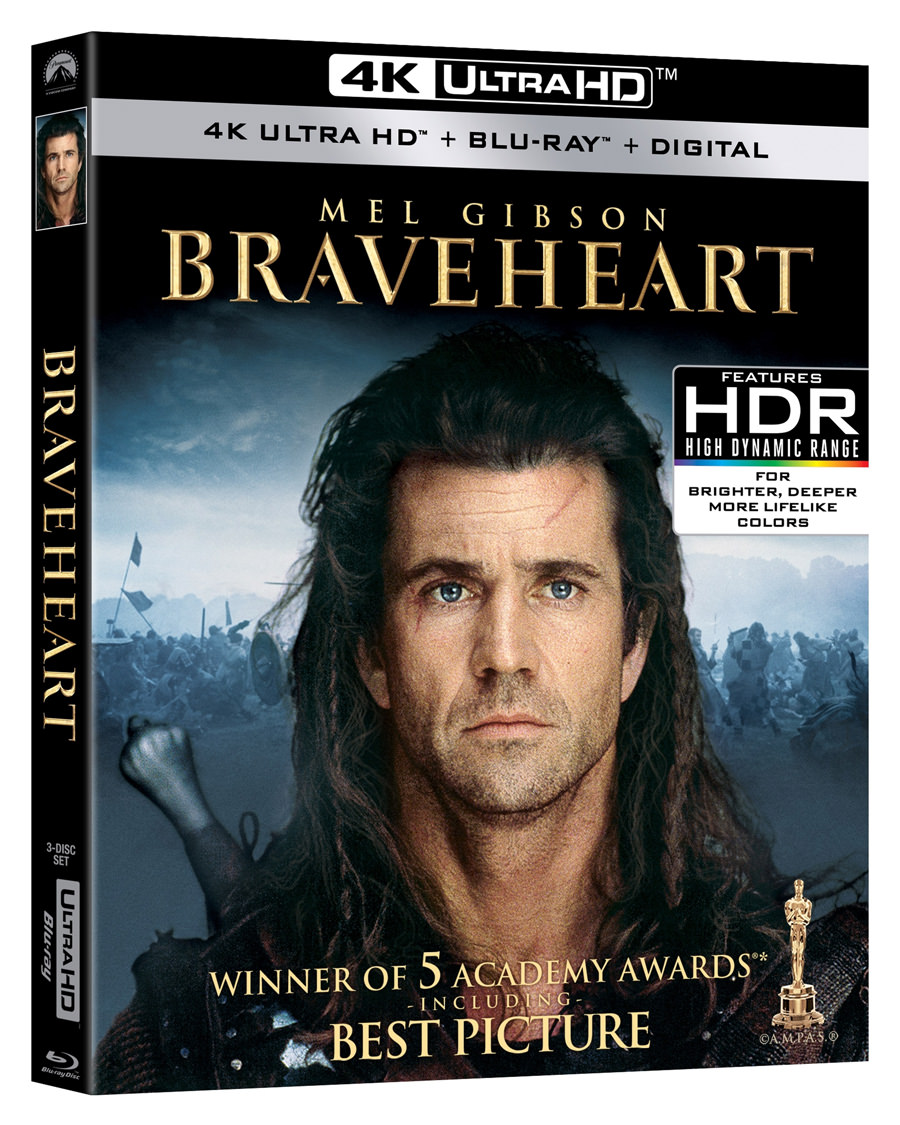