Lionsgate Home Entertainment has announced the date and released artwork for the crime-drama, Bent starring Karl Urban, Sofia Vergara and Andy Garcia. Click on the link below or image to the left to check out the features and artwork.

Lionsgate Home Entertainment has announced a May 15, 2018 release date for Bent. The Blu-ray will come with a 5.1 DTS-HD Master Audio track while the DVD will have the usual Dolby Digital 5.1 audio mix. The Blu-ray and DVD will retail for $21.99 and $19.98, respectively.

Synopsis: When a drug bust goes wrong, ex-cop Danny Gallagher’s (Urban) quest for justice leads him to the car-bomb murder of a government official’s wife. As Gallagher learns that the woman’s secret lover was a seductive federal agent (Vergara) he finds himself under fire. But from whom — his own cops, a vengeful drug lord, the CIA, or someone even more ruthless? 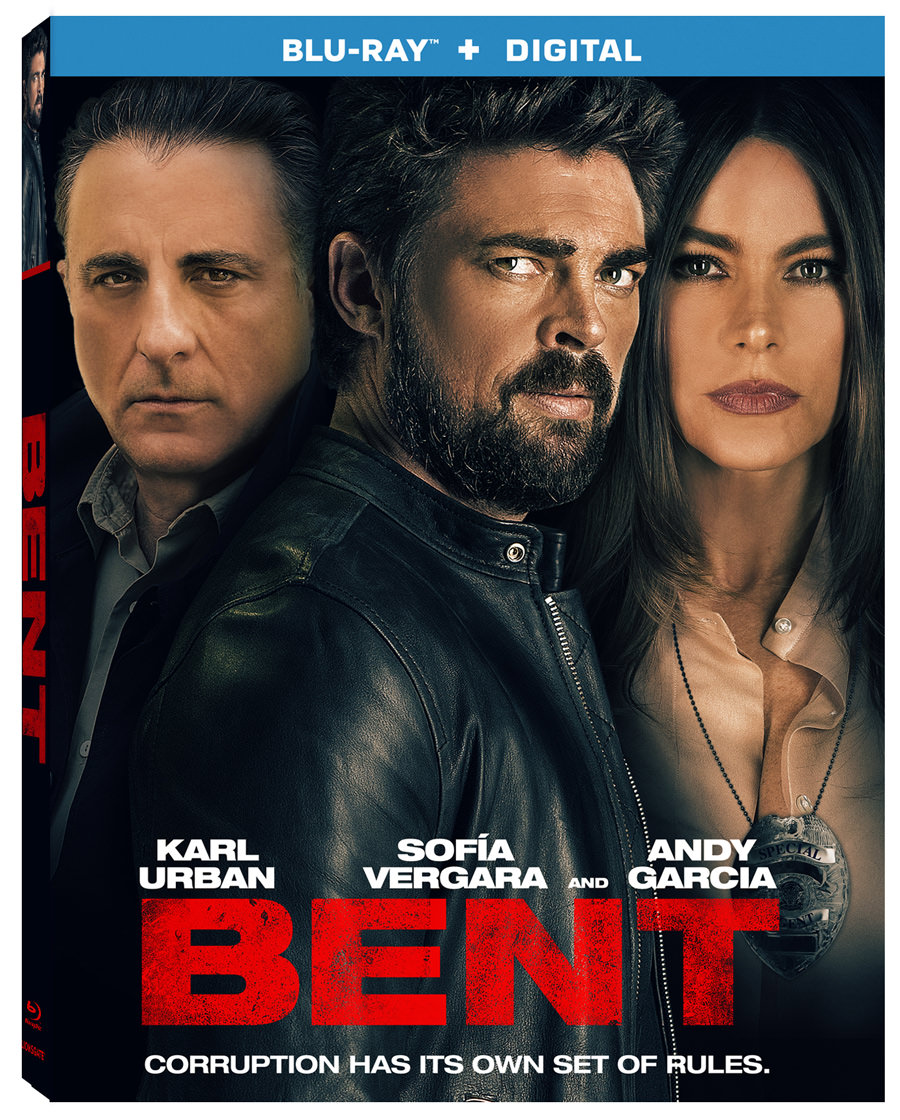