Warner Bros. Home Entertainment has announced the date and released artwork for the war-drama, 12 Strong starring Chris Hemsworth, Michael Shannon and Michael Pena. Click on the link below or image to the left to check out the features and artwork.

Warner Bros. Home Entertainment has announced a May 1, 2018 release date for 12 Strong. The Blu-ray will come with a 5.1 DTS-HD Master Audio track while the DVD will have the usual Dolby Digital 5.1 audio mix. The Blu-ray and DVD will retail for $35.99 and $29.98, respectively.

Synopsis: “12 Strong” is set in the harrowing days following 9/11 when an elite U.S. Special Forces unit, led by their Captain, Mitch Nelson (Hemsworth), is chosen to be the first U.S. soldiers sent into Afghanistan for an extremely dangerous mission in response to the attacks. Leaving their families behind, the team is dropped into the remote, rugged landscape of northern Afghanistan, where they must convince General Rashid Dostum (Navid Negahban) to join forces with them to fight their common adversary: the Taliban and their Al Qaeda allies. 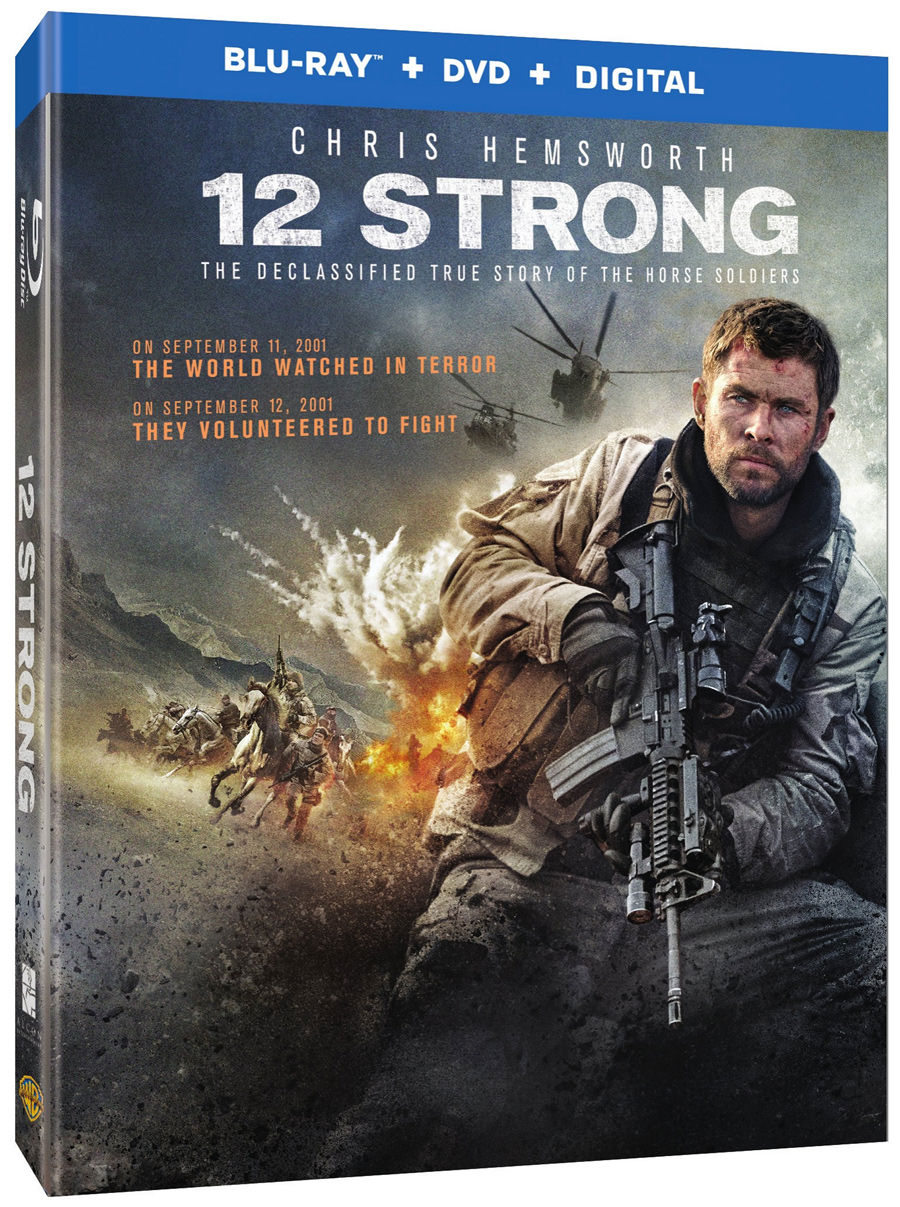