Paramount has announced the date and released artwork for the action-adventure video game adaptation, Lara Croft: Tomb Raider starring Angelina Jolie, Daniel Craig and Jon Voight. Click on the link below or image to the left to check out the features and artwork.

Paramount has announced a February 27, 2018 release date for Lara Croft: Tomb Raider. The 4K (and included Blu-ray) will come with a 5.1 DTS-HD Master Audio track.

Synopsis: This live action feature is inspired by the most successful interactive video-game character in history — Lara Croft. Beautiful and brainy, Lara (Angelina Jolie) is the heroine of Eidos Interactive’s phenomenally successful “Tomb Raider” game series. It is one woman’s fearless quest criss-crossing the globe, in an amazing attempt to save the world. 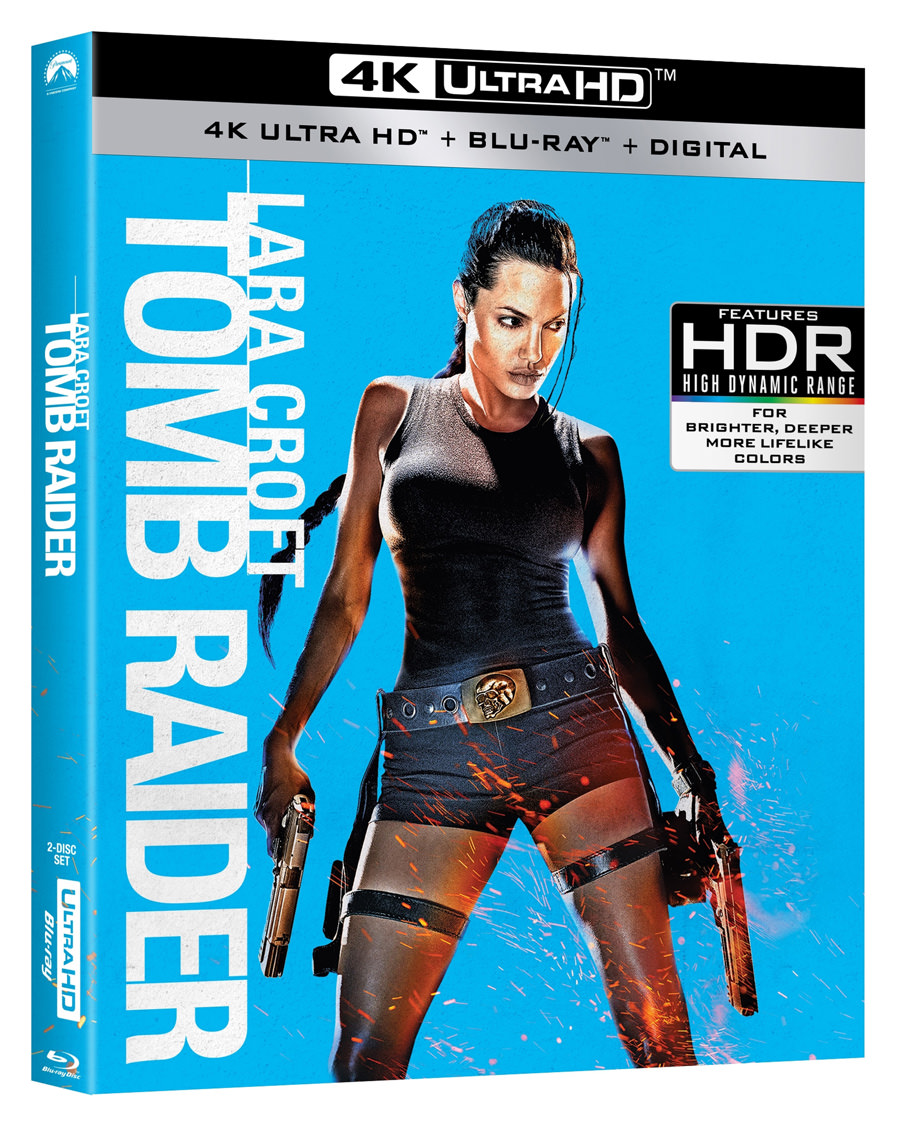