Lionsgate Home Entertainment has announced the date and released artwork for the family-drama, Wonder starring Owen Wilson, Julia Roberts and Jacob Tremblay. Click on the link below or image to the left to check out the features and artwork.

Lionsgate Home Entertainment has announced a February 13, 2018 release date for Wonder. The 4K UHD and Blu-ray will come with a Dolby TrueHD 7.1 track while the DVD will have the usual Dolby Digital 5.1 audio mix. Timed to the book’s sixth anniversary, and to Valentine’s Day, Wonder will be available on 4K Ultra HD Blu-ray Combo Pack, Blu-ray Combo Pack, and DVD for the suggested retail price of $42.99, $39.99, and $29.95, respectively.

Synopsis: Wonder follows the inspiring story of the Pullman family, whose youngest child, Auggie, is a boy born with facial differences. When Auggie enters mainstream elementary school for the first time, his extraordinary journey unites his family, his school, and his community, and proves that you can’t blend in when you were born to stand out. 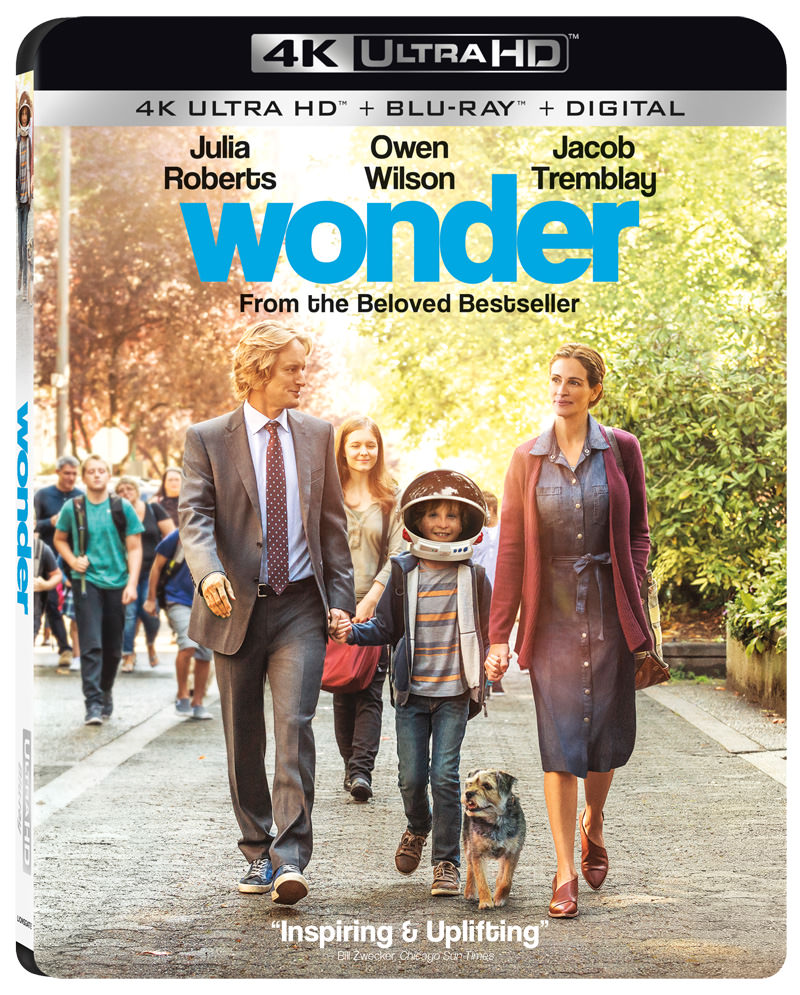 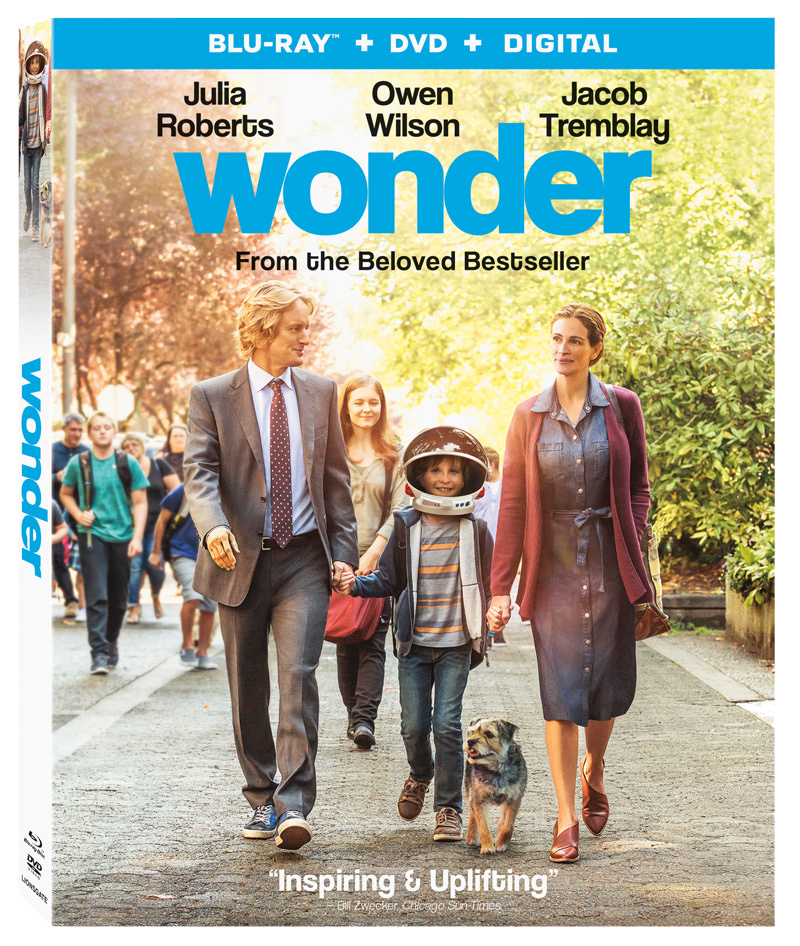 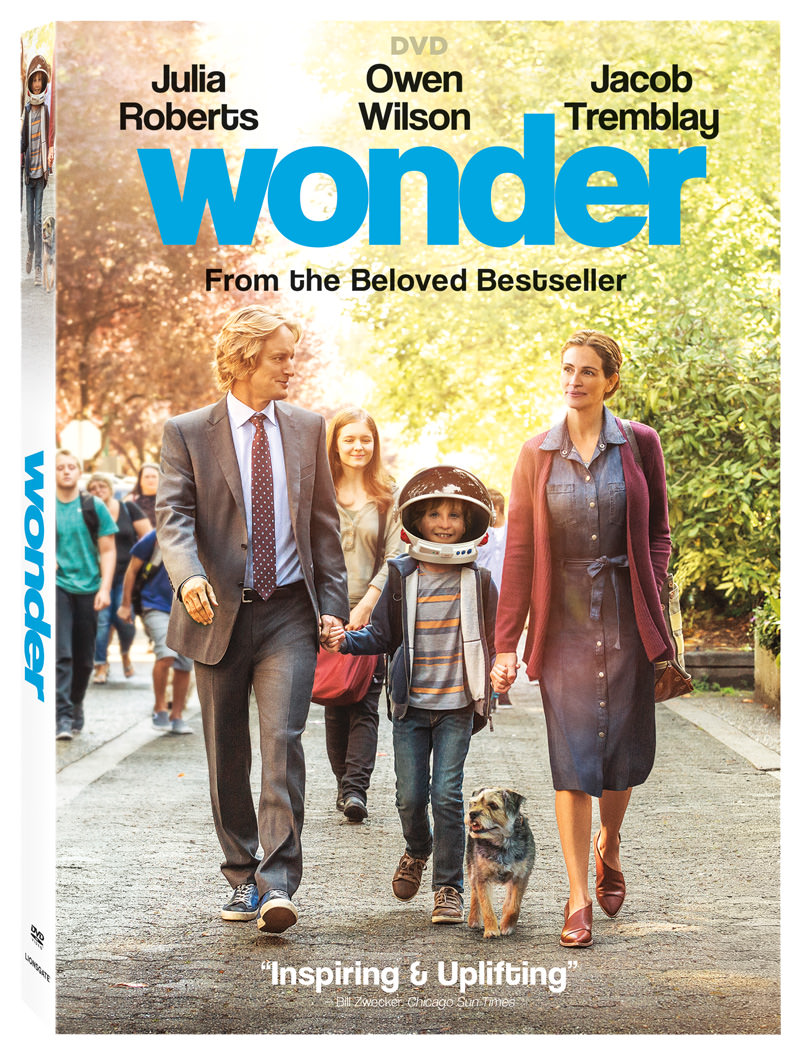