Buena Vista Home Entertainment has announced the date and released artwork for the sci-fi/comedy, Thor: Ragnarok starring Chris Hemsworth, Tom Hiddleston, Cate Blanchett, Jeff Goldblum and Anthony Hopkins. Click on the link below or image to the left to check out the features and artwork.

Synopsis: In Marvel Studios’ “Thor: Ragnarok,” Thor (Chris Hemsworth) is imprisoned on the other side of the universe without his mighty hammer and finds himself in a race against time to get back to Asgard to stop Ragnarok – the destruction of his home world and the end of Asgardian civilization – at the hands of an all-powerful new threat, the ruthless Hela (Cate Blanchett). But first he must survive a deadly gladiatorial contest that pits him against his former ally and fellow Avenger – the Incredible Hulk (Mark Ruffalo) – and grapple with his silver-tongued adopted brother Loki (Tom Hiddleston), the fierce warrior Valkyrie (Tessa Thompson) and the eccentric Grandmaster (Jeff Goldblum). 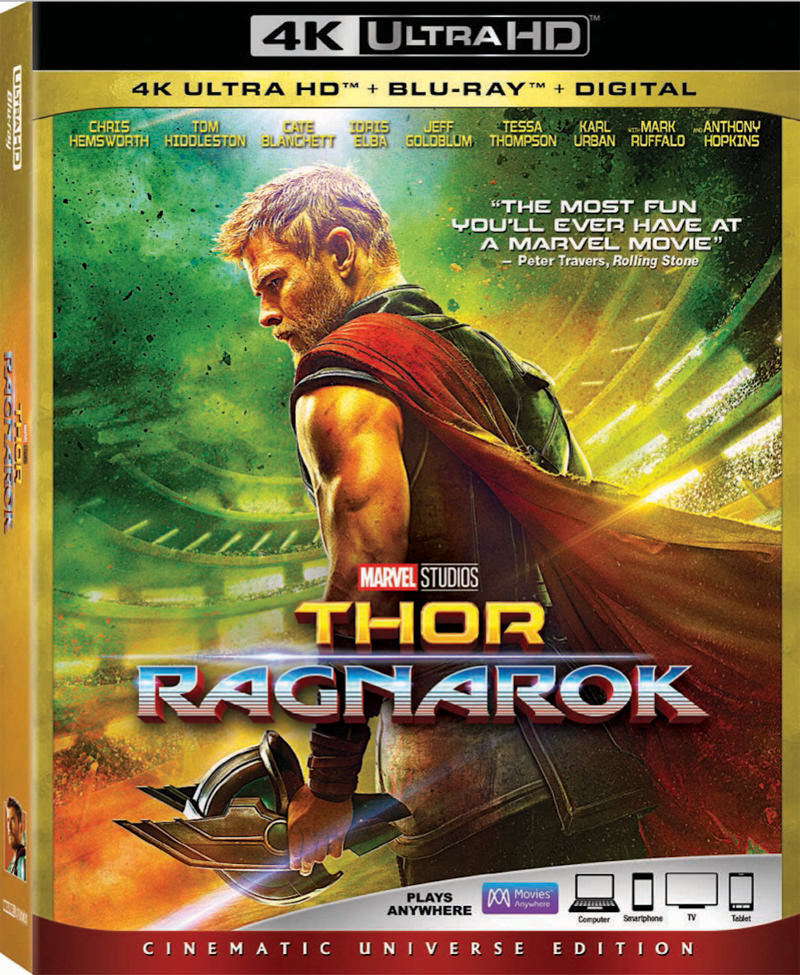 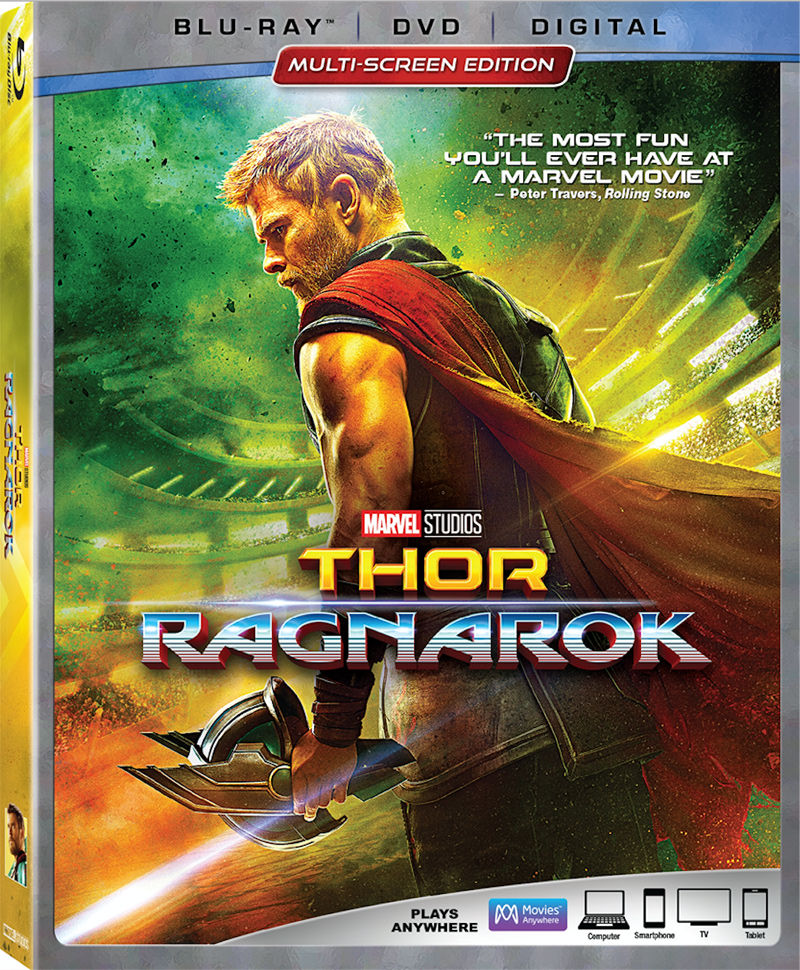