Paramount Home Entertainment has announced the date and released artwork for the comedy sequel, Daddy’s Home 2 starring Will Ferrell, Mark Wahlberg, John Lithgow and Mel Gibson. Click on the link below or image to the left to check out the features and artwork.

Paramount Home Entertainment has announced a February 20, 2018 release date for Daddy’s Home 2. The 4K and Blu-ray will come with a Dolby Atmos track while the DVD will have the usual Dolby Digital 5.1 audio mix. The Blu-ray and DVD will retail for $39.99 and $29.95, respectively.

Synopsis: When it comes to raising their kids, Dusty (Mark Wahlberg) and Brad (Will Ferrell) finally have this co-parenting thing down.  That is, until Dusty’s macho dad (Mel Gibson) and Brad’s sweet-natured father (John Lithgow) come to town, throwing the whole family into complete chaos.  As old rivalries create new problems, Dusty and Brad’s partnership is put to the ultimate test in this hilarious and heartwarming comedy that gives new meaning to the term ‘blended family.’ 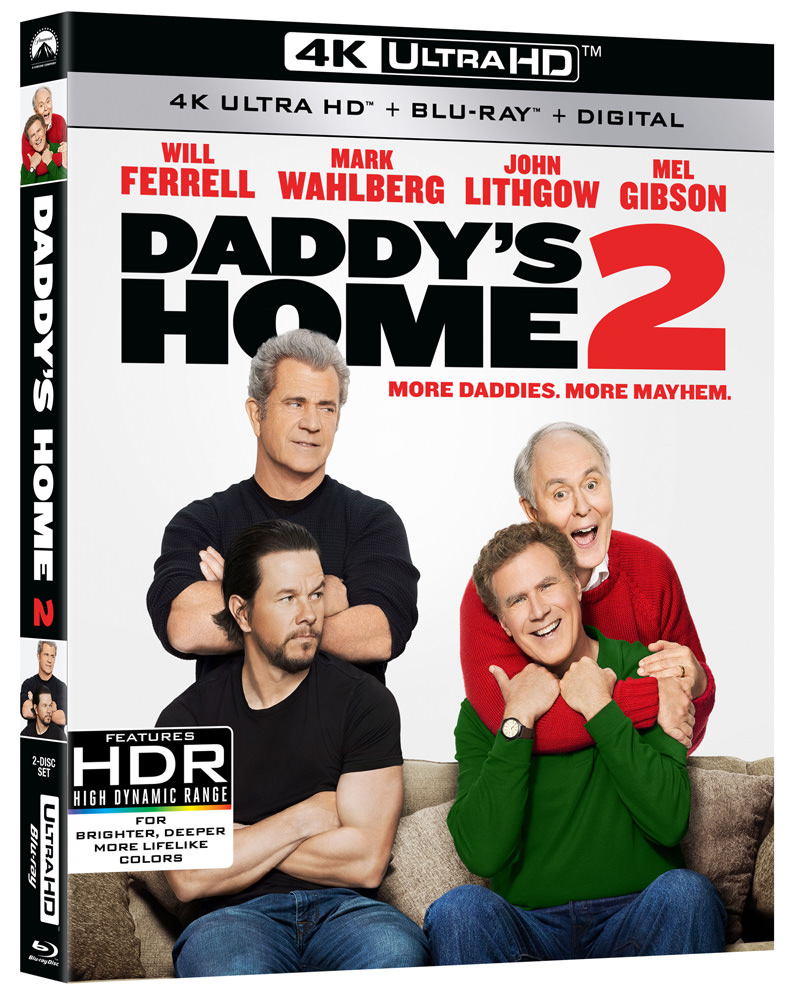 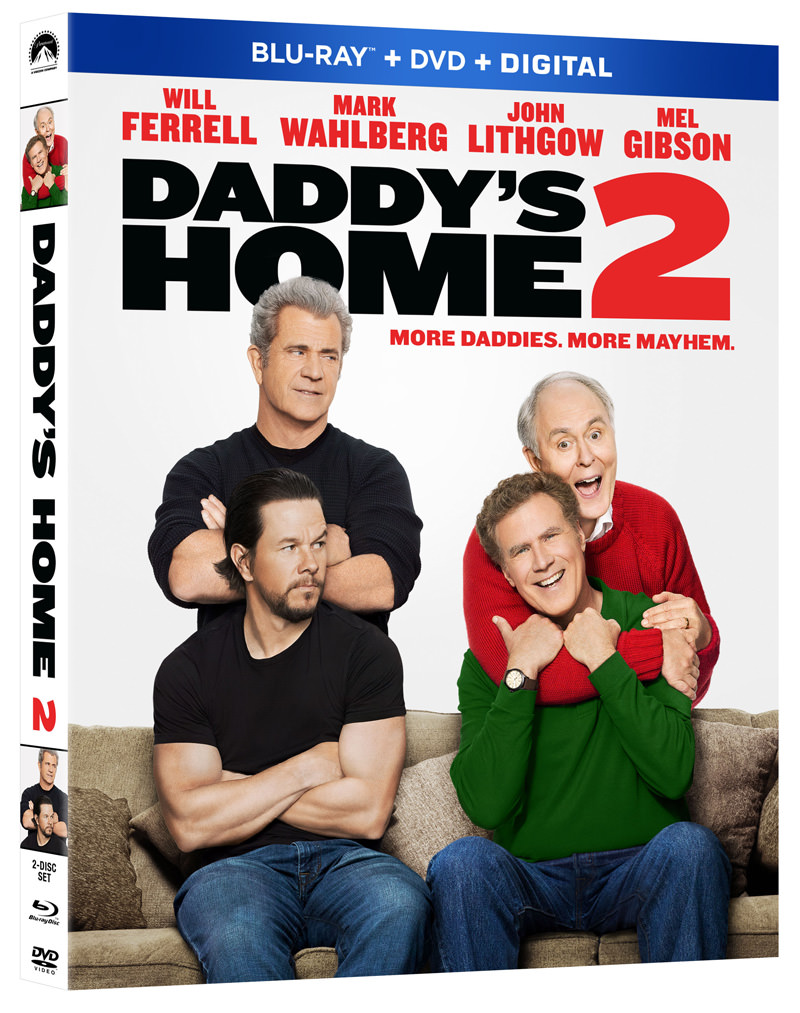 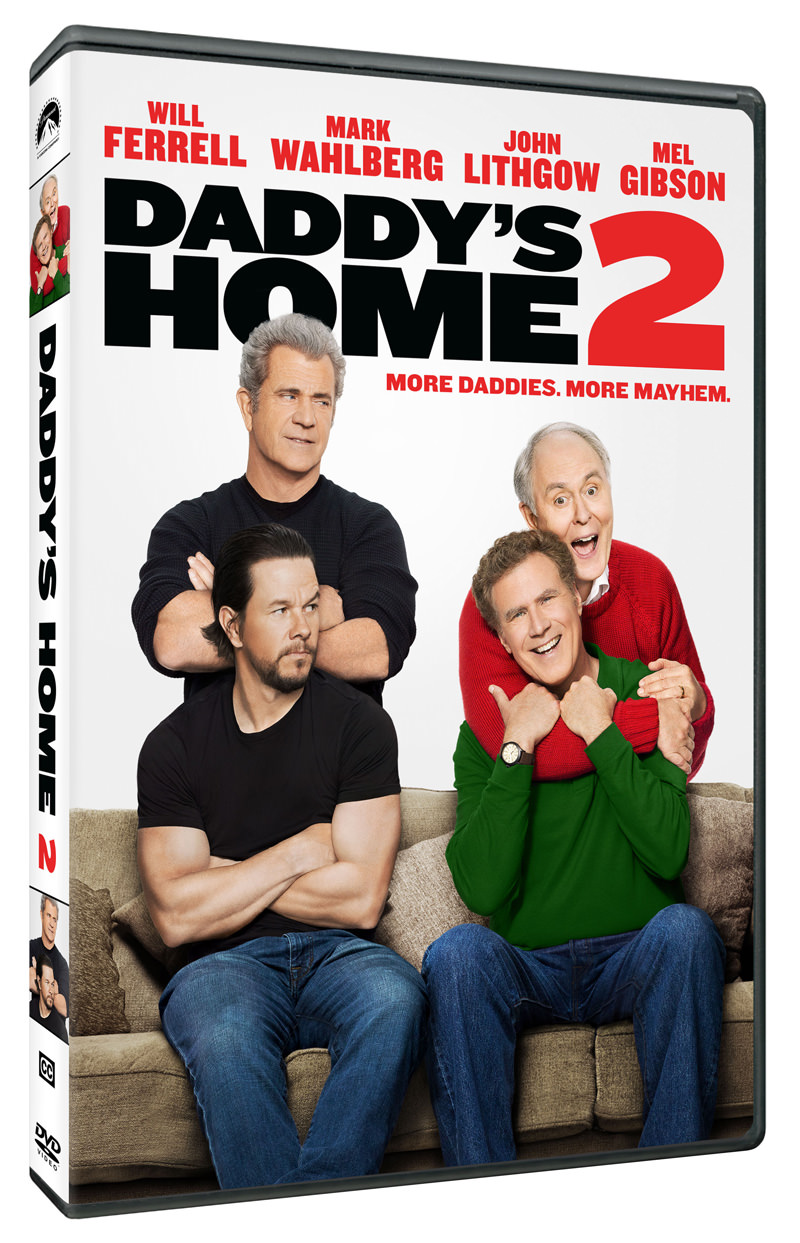