Sony Pictures Home Entertainment has announced the date and released artwork for the bio-drama, Professor Marston and the Women starring Luke Evans, Rebecca Hall, Bella Heathcote and Connie Britton. Click on the link below or image to the left to check out the features and artwork.

Sony Pictures Home Entertainment has announced a January 30, 2018 release date for Professor Marston and the Women. The Blu-ray will come with a 5.1 DTS-HD Master Audio track while the DVD will have the usual Dolby Digital 5.1 audio mix. The Blu-ray and DVD will retail for $39.99 and $29.95, respectively.

Synopsis: Harvard psychologist Dr. William Moulton Marston (Luke Evans) was roundly criticized for the creation of his feminist superhero, but it was his personal life, with his polyamorous relationship with his wife, Elizabeth (Rebecca Hall) and their lover, Olive (Bella Heathcote), that was more provocative than any adventure he had ever written. 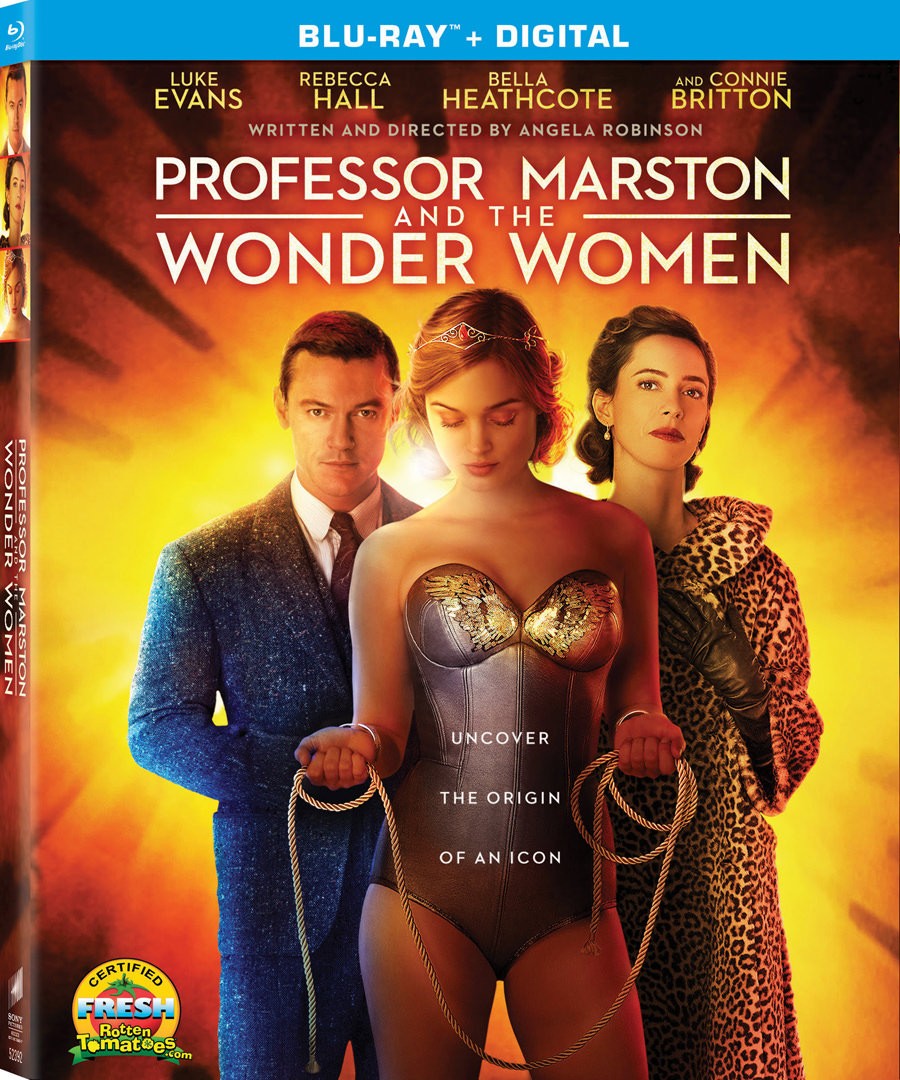