Lionsgate Home Entertainment has announced the date and released artwork for the comedy, BOO2! A Madea Halloween written, directed by and starring Tyler Perry. Click on the link below or image to the left to check out the features and artwork.

Lionsgate Home Entertainment has announced a January 30, 2018 release date for BOO2! A Madea Halloween. The Blu-ray will come with a 5.1 DTS-HD Master Audio track while the DVD will have the usual Dolby Digital 5.1 audio mix. The Blu-ray and DVD will retail for $39.99 and $29.95, respectively.

Synopsis: When Brian’s (Tyler Perry) daughter sneaks off to attend a party at a haunted campground, Madea, Aunt Bam, Hattie and Joe set out on a hell-arious journey to bring her back, scaring up laughs and striking fear in all monsters, goblins and party animals standing in their way. 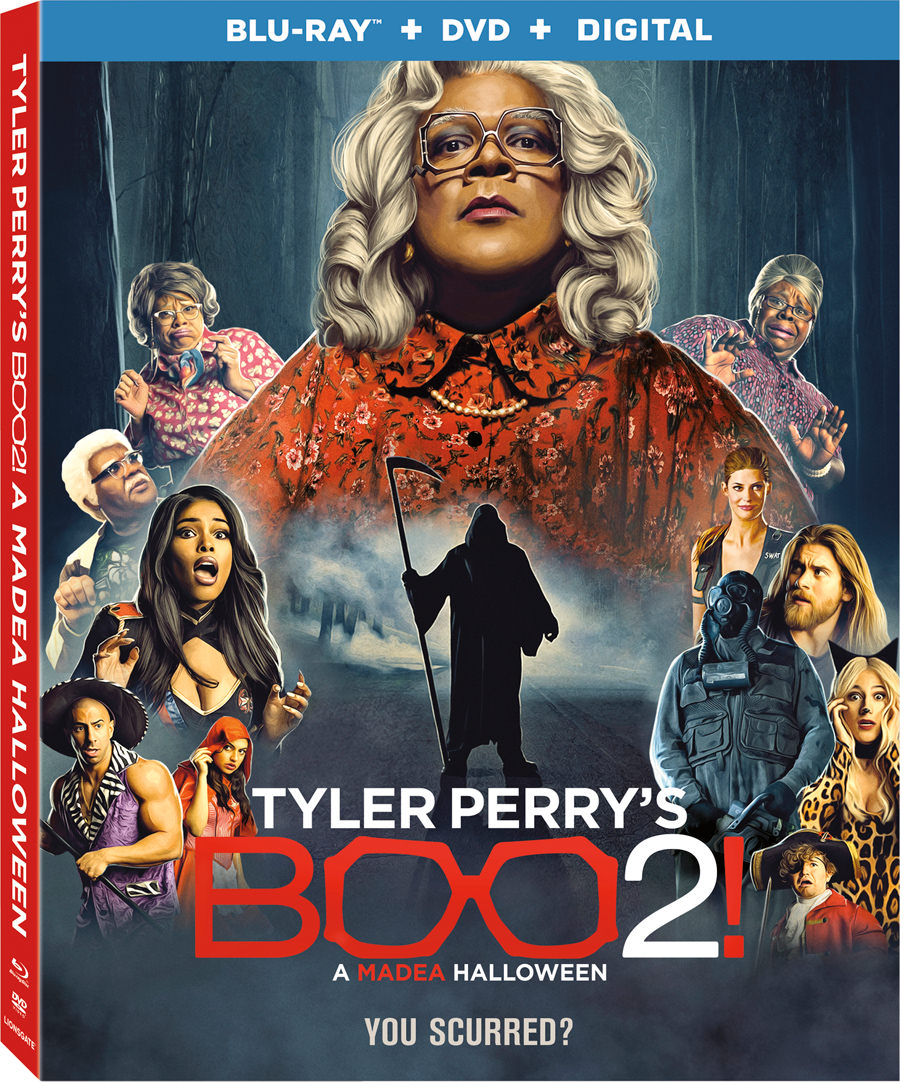 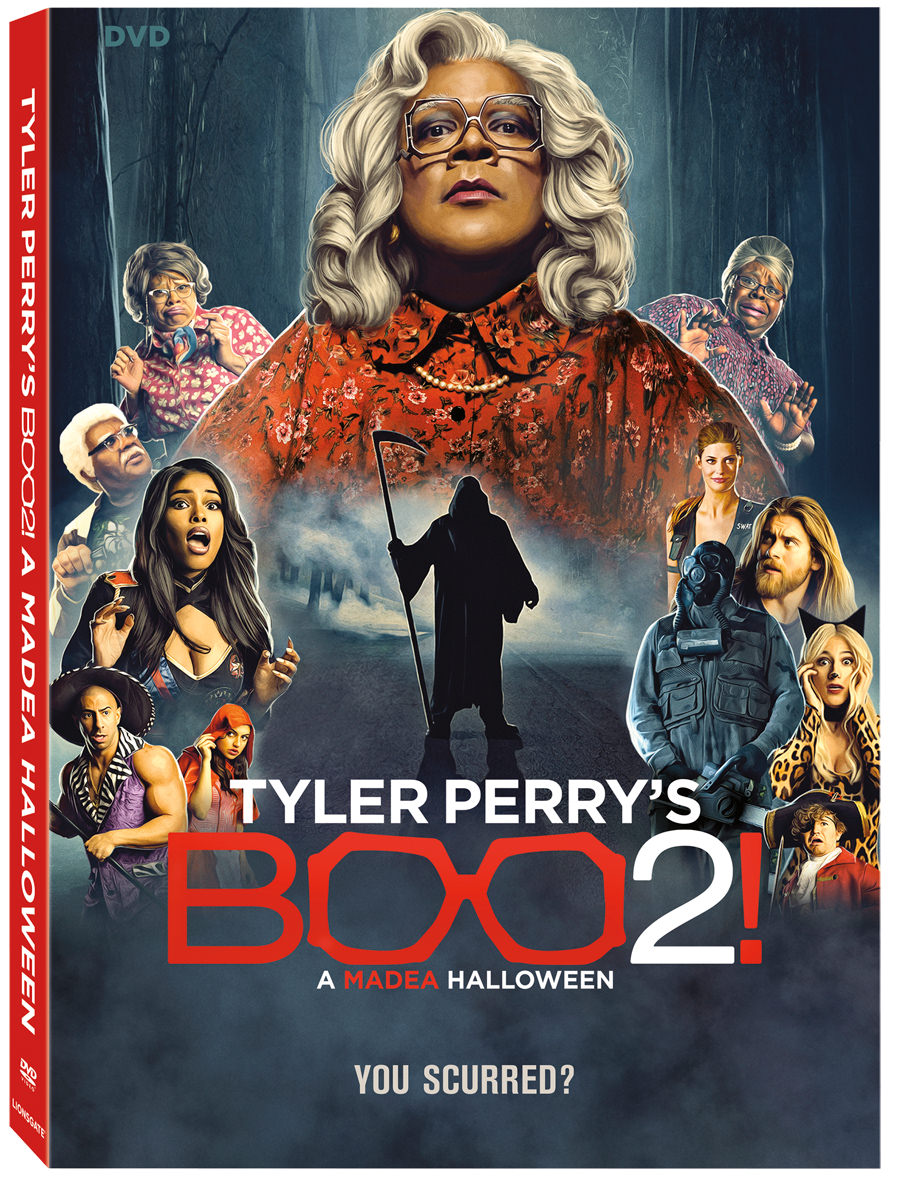