Lionsgate Home Entertainment has announced the date and released artwork for the bio-drama, Stronger starring Jake Gyllenhaal, Tatiana Maslany and Miranda Richardson. Click on the link below or image to the left to check out the features and artwork.

Lionsgate Home Entertainment has announced a December 19, 2017 release date for Stronger. The Blu-ray will come with a 5.1 DTS-HD Master Audio track while the DVD will have the usual Dolby Digital 5.1 audio mix. The Blu-ray and DVD will retail for $24.99 and $19.98, respectively.

Synopsis: Inspired by the true story, Stronger stars Jake Gyllenhaal as Jeff Bauman, a working-class Bostonian who was at the 2013 marathon when the bomb blast occurred and he tragically lost both of his legs. After regaining consciousness Jeff was able to help law enforcement identify one of the bombers, but his own battle had just begun. Jeff’s deeply personal journey tests a family’s bond and defines a community’s pride as he overcomes adversity to become the living embodiment of “Boston Strong.” 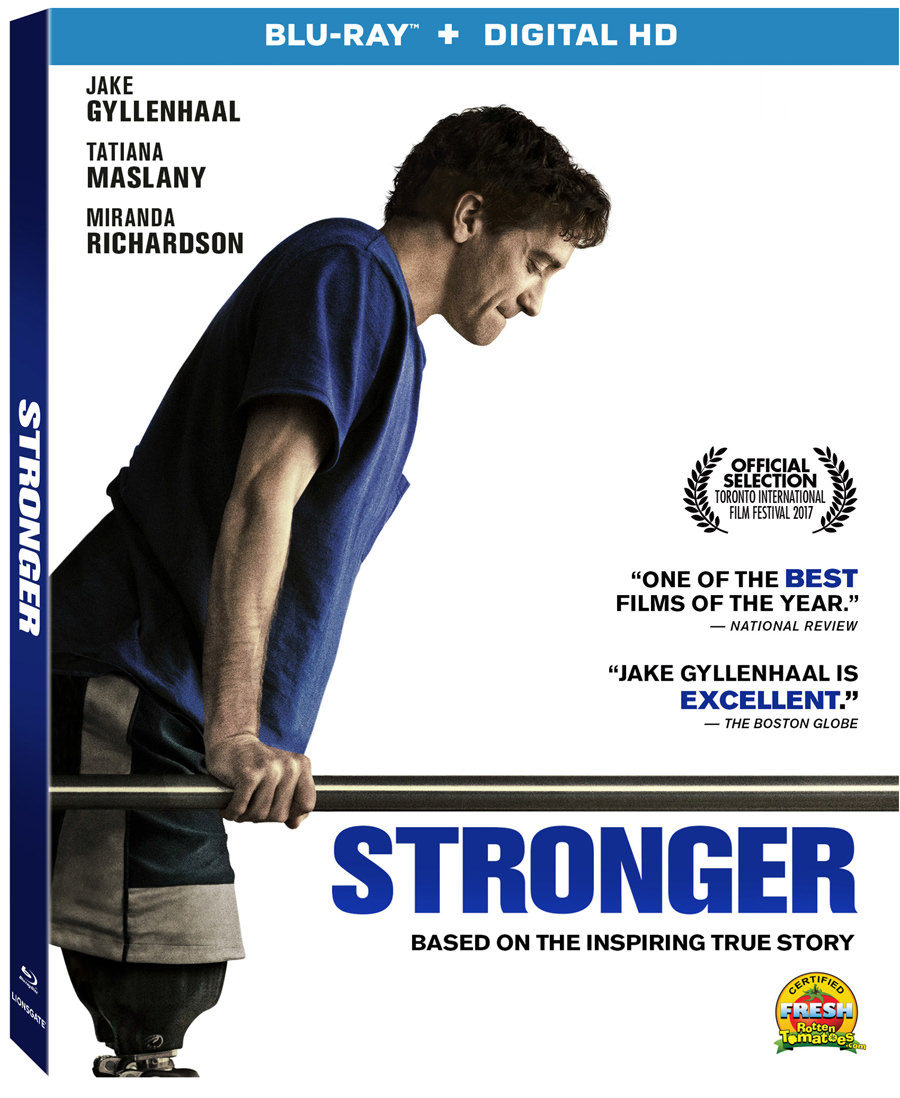 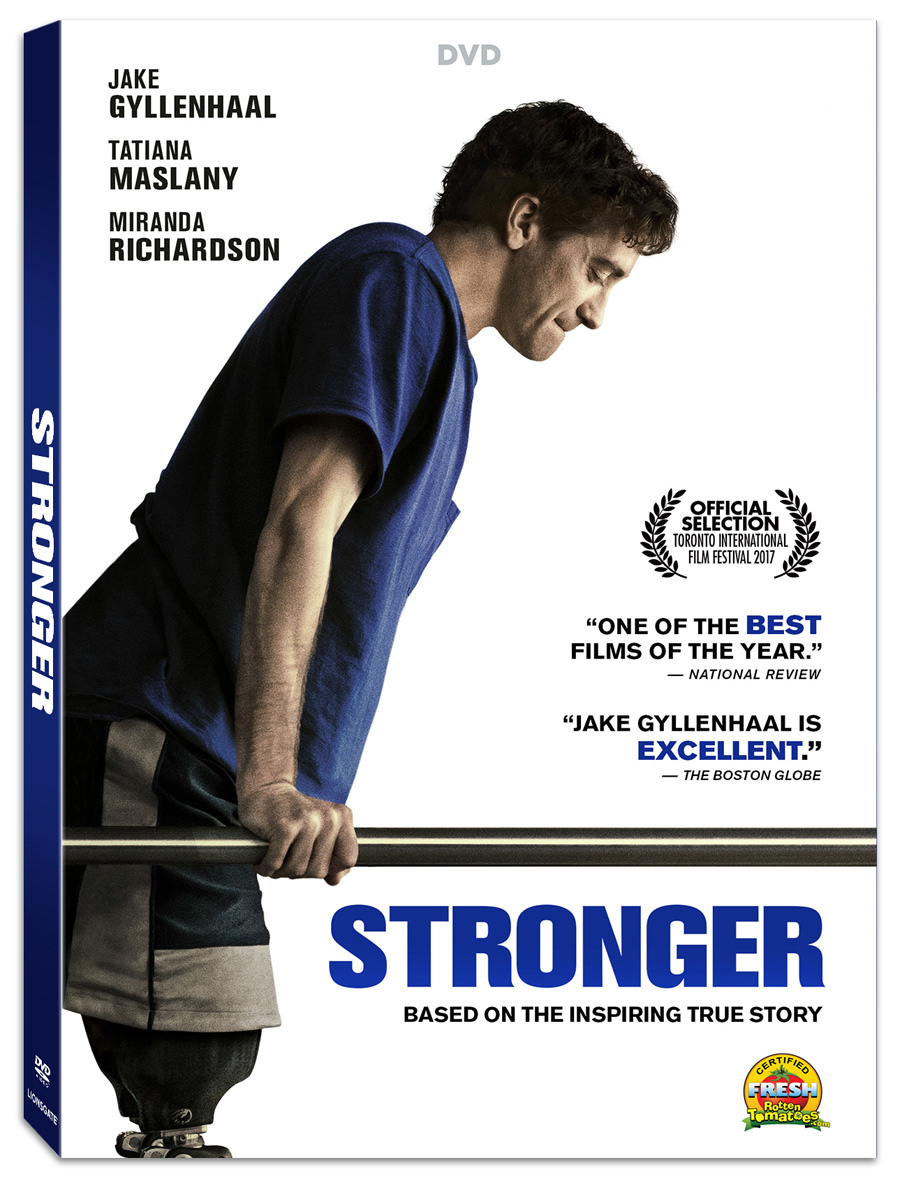