Lionsgate Home Entertainment has announced the date and released artwork for the suspense-thriller, Unlocked starring Noomi Rapace, Orlando Bloom, Toni Collette, John Malkovich and Michael Douglas. Click on the link below or image to the left to check out the features and artwork.

Lionsgate Home Entertainment has announced a November 19, 2017 release date for Unlocked. The Blu-ray will come with a 5.1 DTS-HD Master Audio track while the DVD will have the usual Dolby Digital 5.1 audio mix. The Blu-ray and DVD will retail for $21.99 and $19.98, respectively.

Synopsis: Noomi Rapace stars in this action-thriller as Alice Racine, one of the CIA’s top interrogators, whose career is sidelined after she fails to unlock a prisoner in time to save the lives of dozens of innocent people from a terrorist attack in Paris. Now, leading a quiet life in London as a caseworker, Alice is unexpectedly called back into action when the CIA apprehends a suspect believed to have direct knowledge of another imminent attack. Turning to the few people she can trust (Michael Douglas, John Malkovich, and Toni Collette), Alice seeks out the responsible parties as she races against the clock to prevent a deadly biological attack on the citizens of London. 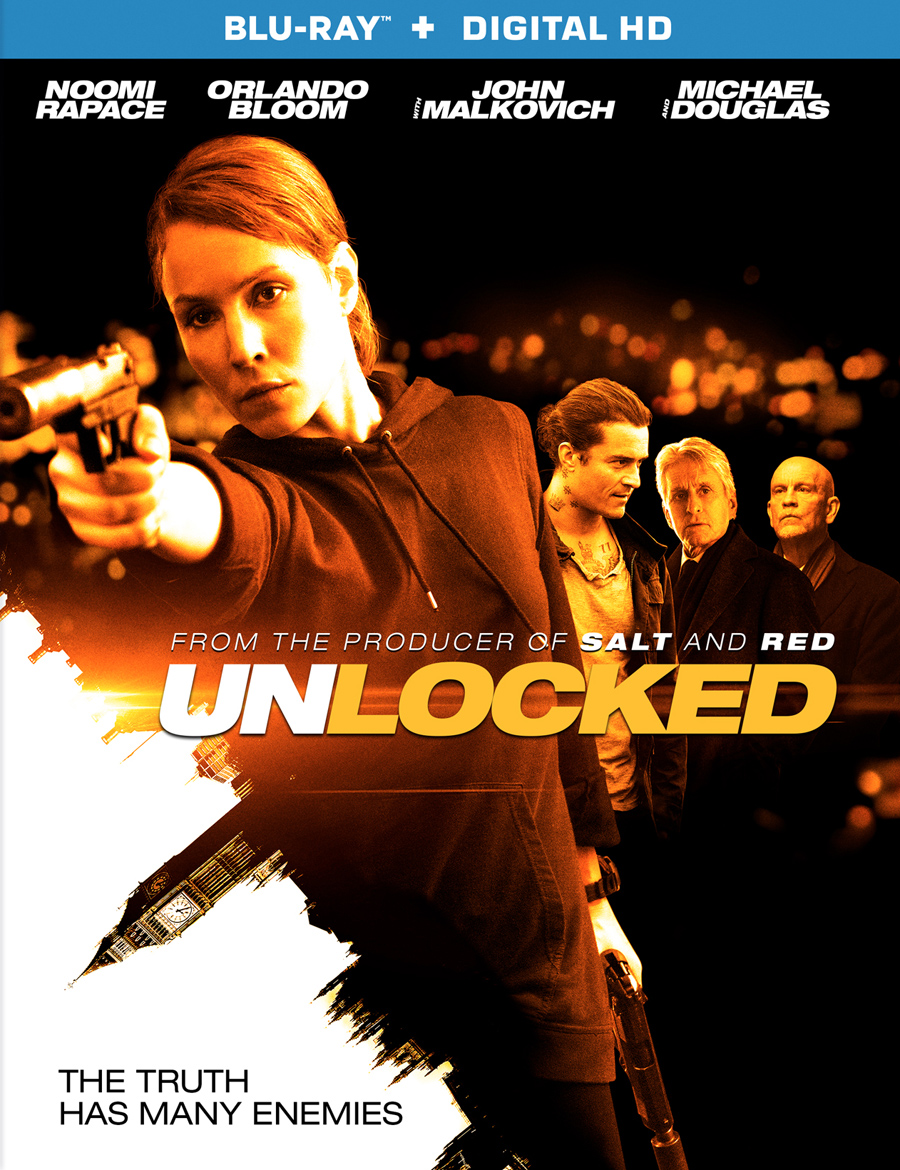 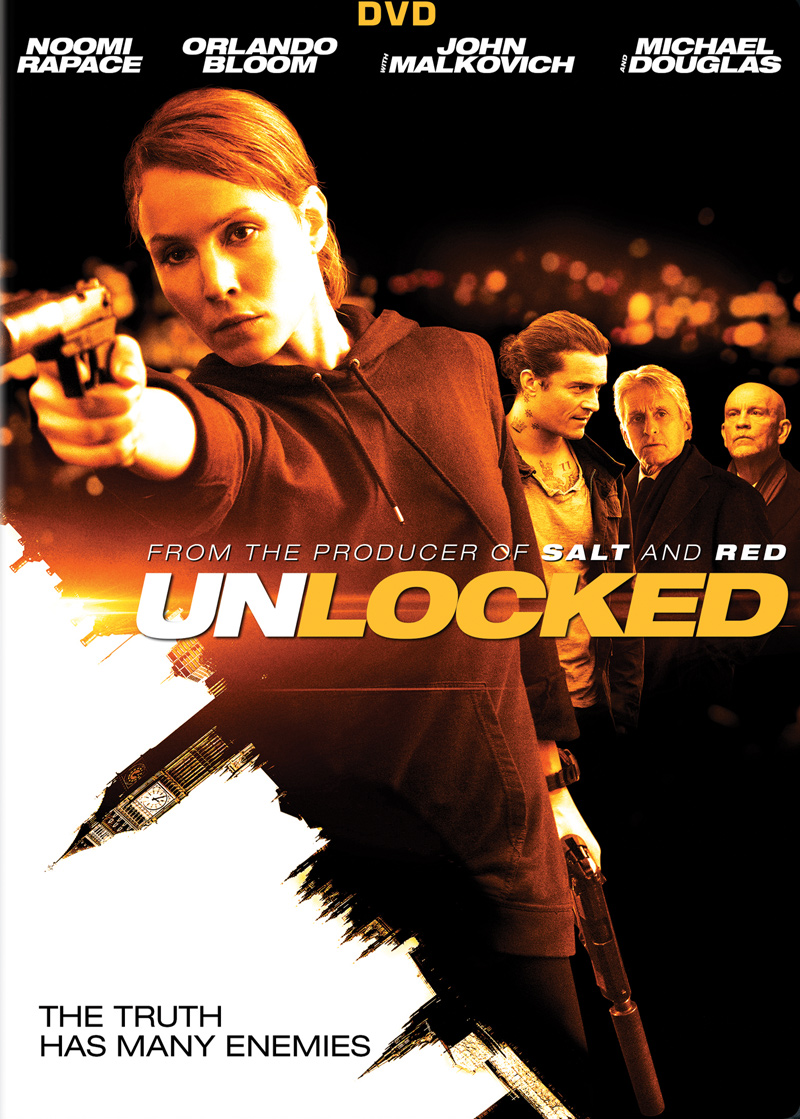