Warner Bros. Home Entertainment has announced the date and released artwork for the supernatural-horror, Annabelle: Creation starring Anthony LaPaglia and Miranda Otto. Click on the link below or image to the left to check out the features and artwork.

Warner Bros. Home Entertainment has announced an October 24, 2017 release date for Annabelle: Creation. The Blu-ray will come with a Dolby Atmos track while the DVD will have the usual Dolby Digital 5.1 audio mix. The Blu-ray and DVD will retail for $35.99 and $28.98, respectively.

Synopsis: In “Annabelle: Creation,” several years after the tragic death of their young daughter, a doll maker and his wife welcome a nun and several girls from a shut-down orphanage into their home.  They soon become the target of the doll maker’s possessed creation, Annabelle. 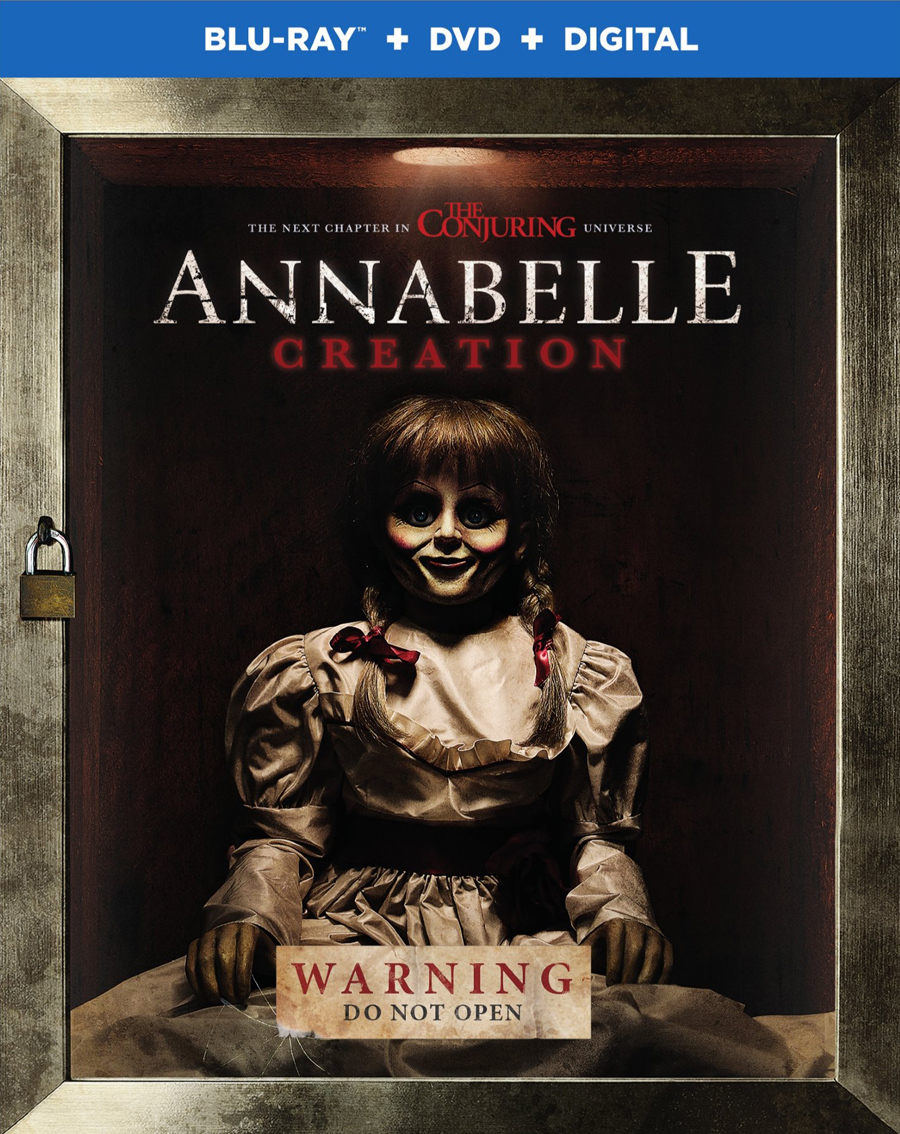